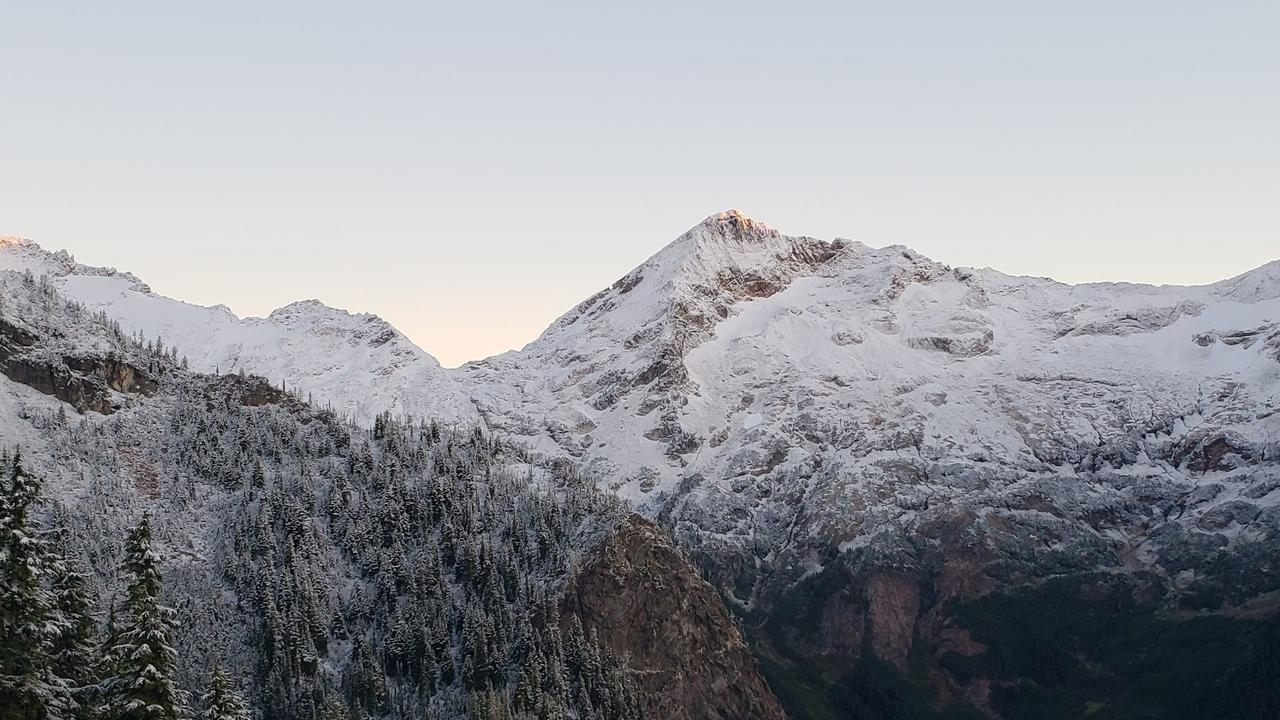 Ok, so the 2018 Washington High Buck Hunt is done, over with, and I was successful.  Six years ago I was introduced to this hunt by my friend Chris Camren, who told me it was going to be a legit mountain hunt, and hard as shit.  Well, I guess that means I can’t turn it down, right?  So, we head into the Glacier Peak Wilderness to have our shot at the first rifle hunt of the season for Washington.  Bucks are still way up high in the alpine country, beating the summer heat and leaving the mozzies to the timber bottoms.  They’re easy to spot with light grey bodies against lush green mountain alder, and they’re still grouped up.  It’s a great hunt, trumped only by the rut.  On that hunt I took my best mule deer to date, and it was an amazing experience all-round.  The country was legit, and in order to go anywhere, you’re either going up, or going down with nothing easy.  I was hooked, and since I’ve made it a point to do that hunt every season I can.

Fast forward to 2018, my great friend, hunting partner, business partner, and one helluva guide, Luke Carrick of Guiderite Adventures and I were talking about the high hunt and he offered me an invite to one of his honey holes in the same Glacier Peak Wilderness.  (Don’t ask, I’ll never tell….)  Originally we planned on going together, but he ended up having some other hunting commitments, so I was now solo.  It’s fine by me, although I prefer to hunt with friends to share in the experience.  So, I ruck up and get my climb on.  This trip was a great one in the sense that I got it all in terms of weather.  Started off warm, in the 70’s hiking in a t shirt and somewhat unpleasant in the sun, to rain, to 28 degrees and white out snow conditions.  Although weather really sucks, it tells you a lot about your gear deficiencies and where you can improve your choices to enhance some comfort on those really shitty days.  More on that later.  I got in late pre-opener evening and was only able to get part way to the spot Luke told me to glass from.  No worries, at least I got my feet on the country and now I had an idea of how long it would take me to get there in the morning for the sunrise.  Day one produced no deer at all, but there was weather coming in late tonight and really hammering on Sunday, forecast to dump up to 5″ of snow in a 12 hour period.  Yeah, bummer…  But, that’s being up in the mountains in general, so it is what it is.  Deal with it and #dontbeabitch.

The Hilleberg Akto, my go-to backcountry shelter. Light-weight, bomb-proof, and reasonably roomy for a solo shelter.

Waking up on Sunday morning it didn’t look that bad, so I decided to ruck up and see if anything was moving.  This proved to be a really poor idea because the weather came when I was deep down a very, very steep rock chute at a little glassing perch.  Within about an hour the snow had accumulated to 1″ and coming in hot. I looked at the loose dirt and loose scree chute and knew that it was about to get to the point of being too slick to climb out of there, with the fall line headed straight to some cliffs.  That little 200′ climb was….. sporty…. and that’s all I’m gonna say.  I made my way back down to camp and at 6,000′ I was under the main layer and I could see my camp, and alas, the three other camps had bailed, certainly due to the weather.  Rad, I wasn’t stoked to see people anyways, and I greedily wanted the mountain to myself.  Hit the tent, stripped the wet gear and got dry stuff on, and prepped for the long haul.  Downloaded podcasts proved to be a lifesaver and I studied my map sipping hot coffee listening intently to Joe Rogan and Neil Degrasse Tyson discuss astronomy and astrophysics.  Cool stuff.

No such thing as bad weather, just poor clothing choices. Get the gear you need to stay out longer.

Looking at my map, and knowing that I really had zero desire to climb that scree chute with 5″ of snow, I needed to come up with another plan.  I had spied some other basins while studying Google Earth which looked hugely promising, but they were a haul from my camp, and I wasn’t sure if there was water between them and camp, where I had an ample supply.  I knew that the animals would be out in force after the weather broke, hungry and wanting to stretch their legs soaking up the sunshine.  So, I elected to do a bit of a walkabout still hunt, exploring the alpine slopes and glassing into small pockets.  I immediately started seeing deer, spotting four does not more than 400 yards away, at a steep -50 degree angle.  I kept moving and eventually made my way to a beautiful green basin with rock fields and timber pockets.  High country mule deer heaven.  After less than an hour I had seen 6 does feeding in the open, at 1 pm.  This was gonna be the spot for today, and the ridge was completely strewn with paralleling deer trails with tons of fresh sign.  I was focusing my glassing efforts up high in the basin at the bases of cliffs where there were pockets of timber, prime bedding areas.  At about 6 pm with the sun dropping into my eyes, I see two bucks feeding on an open hillside.  One was a very large 2 point, past his ears and equally tall.  720 yards, broadside with zero wind.  Done deal for this rifle.  But, I thought I saw some crab claws up top, so I decided to make a 600 stalk to see if this guy was legal.  (Truth be told guys, I’m not a trophy hunter, I’m a meat hunter, and I fully understand the ethics of harvesting mature deer with good genetics, which is what I try in earnest to do.)  Those fat bastard marmots started whistling and after making it to my vantage point those two deer were nowhere to be found.  Busted.  Oh well; this is a bad-ass spot, and having three does within 200 yards of me walking back from the stalk assured me that these deer had no idea what a human was, and all wasn’t lost.

The lush green alpine and the craggy peaks bring me back year after year.

Route studies are important, and knowing how to read a map is even more important. GPS should only verify what you already know…

Next day I packed up my camp and took it with me because I wasn’t going to be wanting to go all the way back to camp if I harvested.  I was going to hike out the next day anyways, and I was going to camp in the basin I was glassing that night.  My plan was to leave after light and still-hunt my way back to the basin and glass all day.  My plan paid off, because I immediately started seeing does, and almost to the basin I spotted a group of 5 bucks 280 yards away, staring at me.  I located the largest, most mature buck and dropped the hammer within 30 seconds of seeing them.  Done deal.

Success isn’t always measured by harvesting, and it shouldn’t be measured by the size of the animal either.

My good friend Len Waldron made me this knife as a gift, and its proven to be one of finest knives I own. Waldron Knives.

We all know as mountain hunters this is when the work starts, but it truly is a labor of love.    This pack-out wasn’t going to be fun.  With the truck about 8 miles way and 3,000′ down, I really wasn’t interested in entertaining the idea of making two trips.  I decided that if I could get stood up and reasonably stable loaded with both the deer and my camp I was going to give it a go.  Honestly, on the flat, that’s not a big deal at all, but I was looking at at least a thousand feet of double black diamond steep slopes, and another thousand of less steep, but dark timber and mountain alder down to the main trail.  I was seriously worried about the possibility of injuring myself, but I wasn’t going to not try.  3 hours later, I was at the main trail with another 6 miles to go on as relatively flat and downhill grade.  The shit sucked. Period.  On the trail, I hiked for 50 minutes, and rested for 10, all the while focusing on only breathing through my nose.  What that allowed me to do was regulate my exertion to match the level of endurance I wanted.  If I couldn’t maintain a steady in and out through my nose, I was moving too fast, and I’d regulate my pace accordingly to slow my breathing.  The stuff works guys…  By only focusing on my breathing, and almost going into a meditative state, those miles just flew by and before I knew it my 50 minute timer was going off.  Seeing my truck under my headlamp was one of the sweetest moments ever.  A successful harvest, and 77 lbs of meat safely in coolers, the trip was over.

These are really the trips I live for. You’re earning every ounce of that deer, and there’s something to be said about knowing, literally every step of the way, exactly where your food came from.  It’s the weight of success, the success of putting yourself into the austere environment of the alpine to live with these incredibly hardy animals and doing the work, giving yourself an opportunity to chase one of them.  Victory isn’t always measured by a harvest either, for me that’s just a bonus.  I just love the mountains.  It’s a magical thing to wake up in the morning and see the radiant white mountain tops covered in fresh snow and mist.  Knowing that you’re living really the most pure life a human could possibly live in this day and age.  Knowing there’s only a handful of batshit crazy people out there that share your same ethos.  Knowing that you’re only relying on yourself and your own wit to keep you alive.  People die in the mountains all the time, and its a real possibility on every trip.  You’re within the realm of ultimate self-reliance, and it’s a good feeling.  Flying solo can be a huge bummer though, and I really like hunting with friends and connecting at the end of the day, telling tales of the day’s adventures around a blazing fire, honestly hoping that your friends have success before you do. Hunting to me is earning it in the most primitive way we can in today’s modern society.  I wish all of you happy hunting this year, and while you’re getting after it, think about what it really means to you.  It just might unlock some hidden potential inside that you never knew you had. 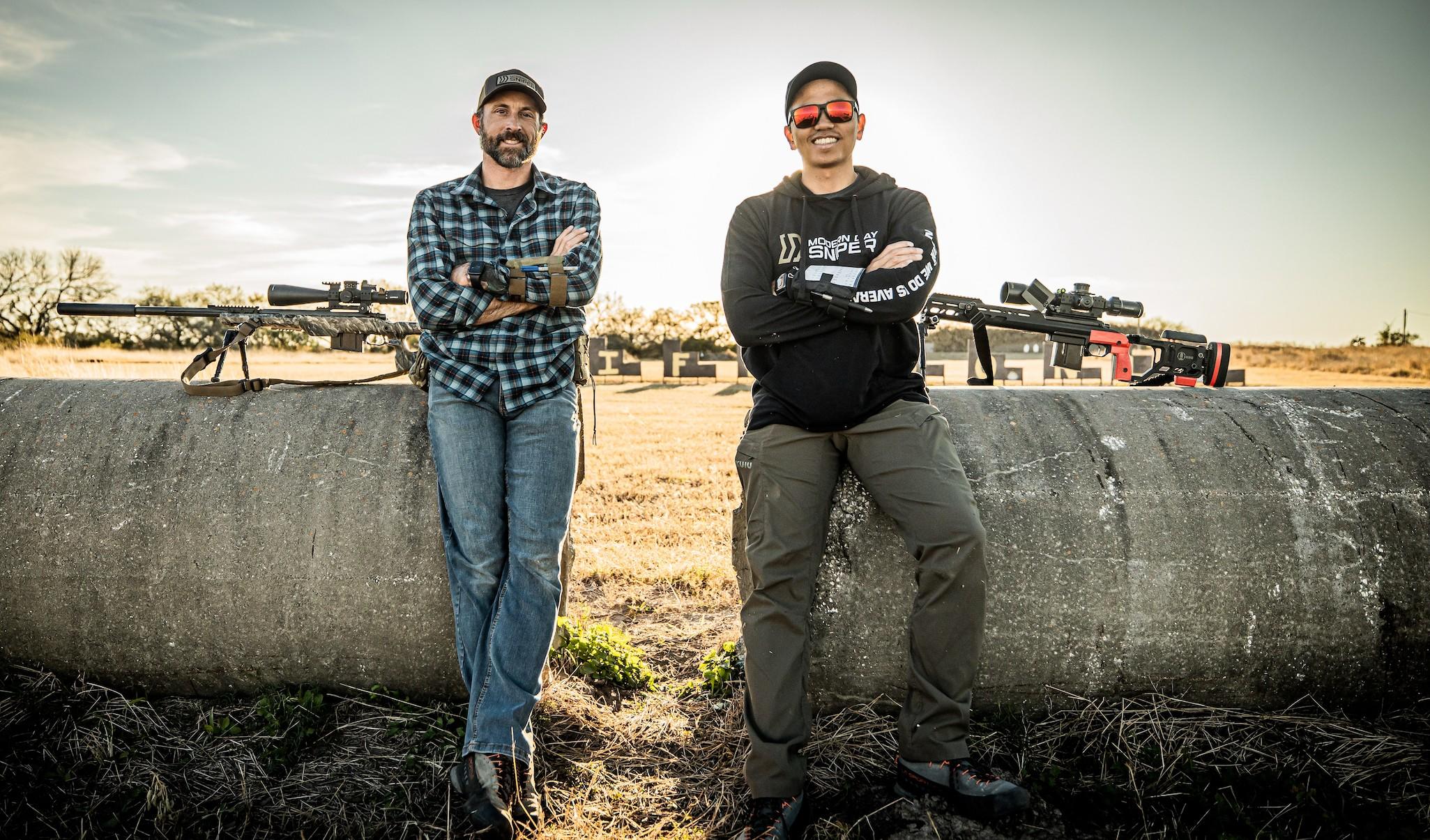